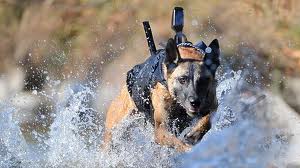 Cairo the military pet was birthed and bred for the task. He is a Belgian Malinois, a guard variety that few recognized with, until Cairo’s story came to be headlines. After Cairo trained to be an Armed force Working Dog at a young age, he advanced to Naval force SEAL training. Cairo was the only canine to go along with Navy SEAL Team 6 as they descended on Osama bin Laden in Pakistan. Cairo was strapped to his handler as they were lowered from a helicopter, and used special body armor.  The hardworking pet is the only registered member of SEAL Group 6 to be publicly reveled.