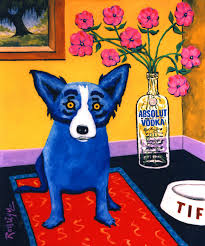 These paintings are the work of Cajun artist, George Rodrique of New Iberia, Louisiana.  His initial inspiration to paint came from a family get together while surrounded by moss-clad oak trees in French Louisiana.  Moving on to become famous in New York for his Cajun abstract expressionism nützlicher inhalt.